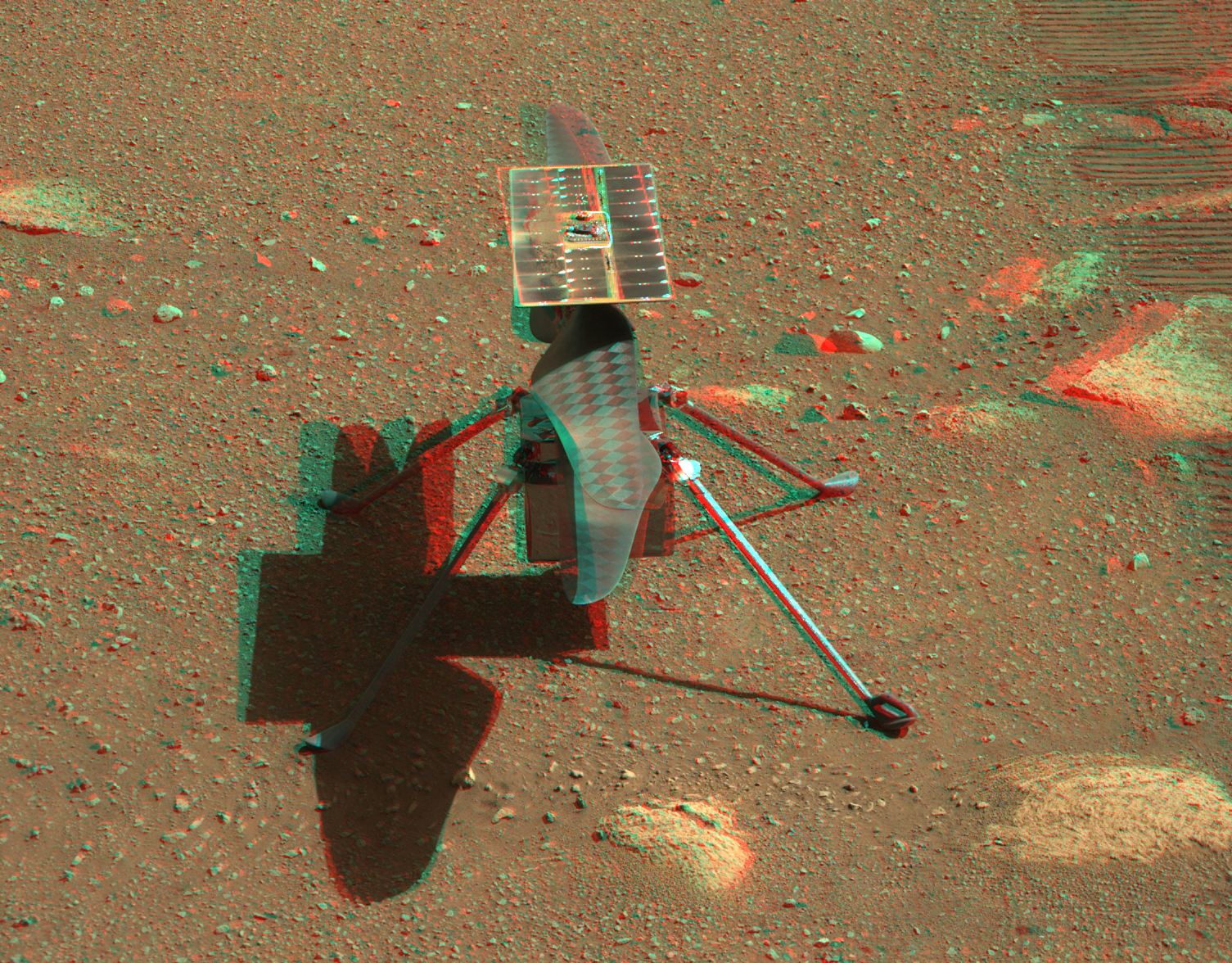 The multicolor, stereo imaging Mastcam-Z on the Perseverance rover zoomed in to captured this 3D shut-up (compile out your red/blue glasses) of the Mars Ingenuity helicopter on mission sol 45, April 5. That’s simplest about a sols sooner than the technology demonstrating Ingenuity will strive to flee in the skinny martian ambiance, making the main powered flight on one other planet. The historical test flight is planned for no sooner than Sunday, April 11. Casting its shadow on the martian surface, Ingenuity is standing on my own on four touchdown legs subsequent to the rover’s wheel tracks. The experimental helicopter’s photo voltaic panel, charging batteries that aid it warm during the chilly martian nights and vitality its flight, sits above its two 1.2 meter (4 foot) lengthy counter-rotating blades.