At the Shadow’s Edge 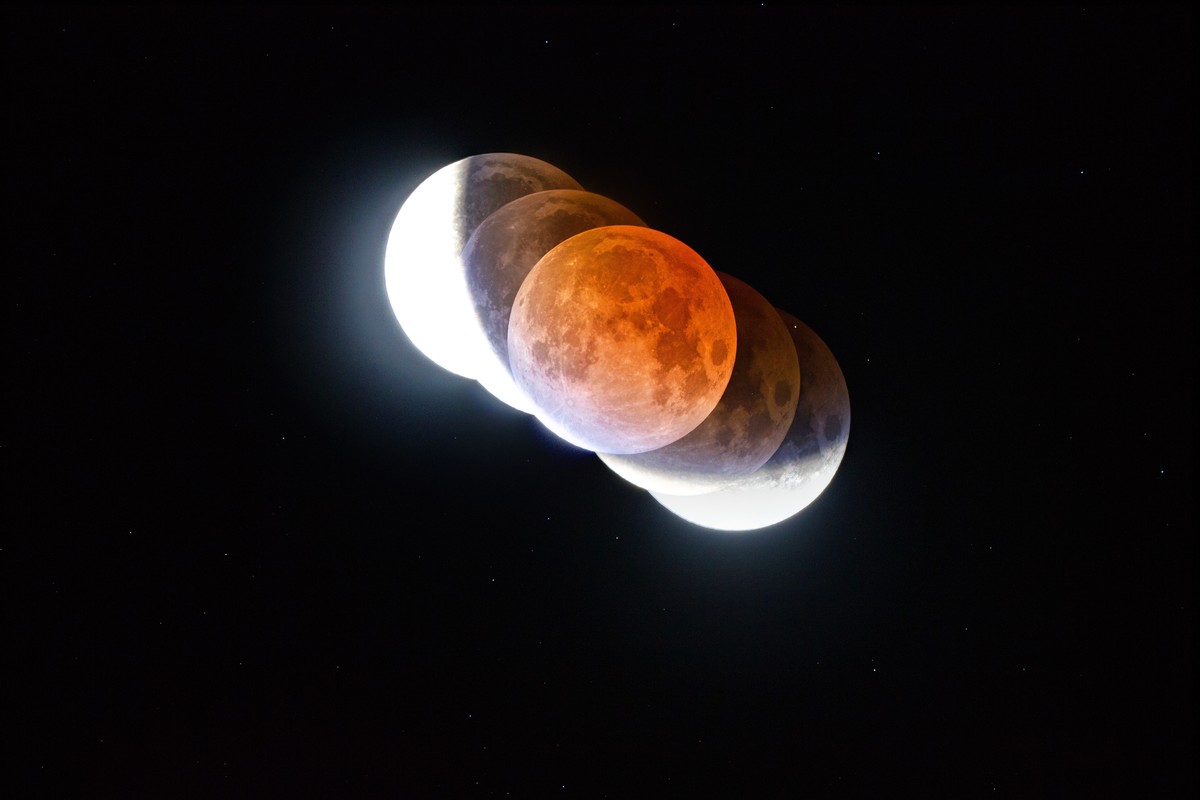 Fashioned love a cone tapering into home, the Earth’s dim central shadow or umbra has a circular infamous-fragment. Or no longer it’s wider than the Moon on the gap of the Moon’s orbit though. But for the period of the lunar eclipse of November 18/19, allotment of the Moon remained factual outside the umbral shadow. The successive pictures in this composite of 5 pictures from that merely about full lunar eclipse had been taken over a period of about 1.5 hours. The series is aligned to hint allotment of the infamous-fragment’s circular arc, with the central image at maximum eclipse. It reveals a shining, skinny sliver of the lunar disk peaceful past the shadow’s bent edge. Obviously, even contained in the shadow the Moon’s surface is no longer fully dim, reflecting the reddish hues of filtered sunlight scattered into the shadow by Earth’s ambiance. Distinguished APOD Submissions: Lunar Eclipse of 2021 November 19