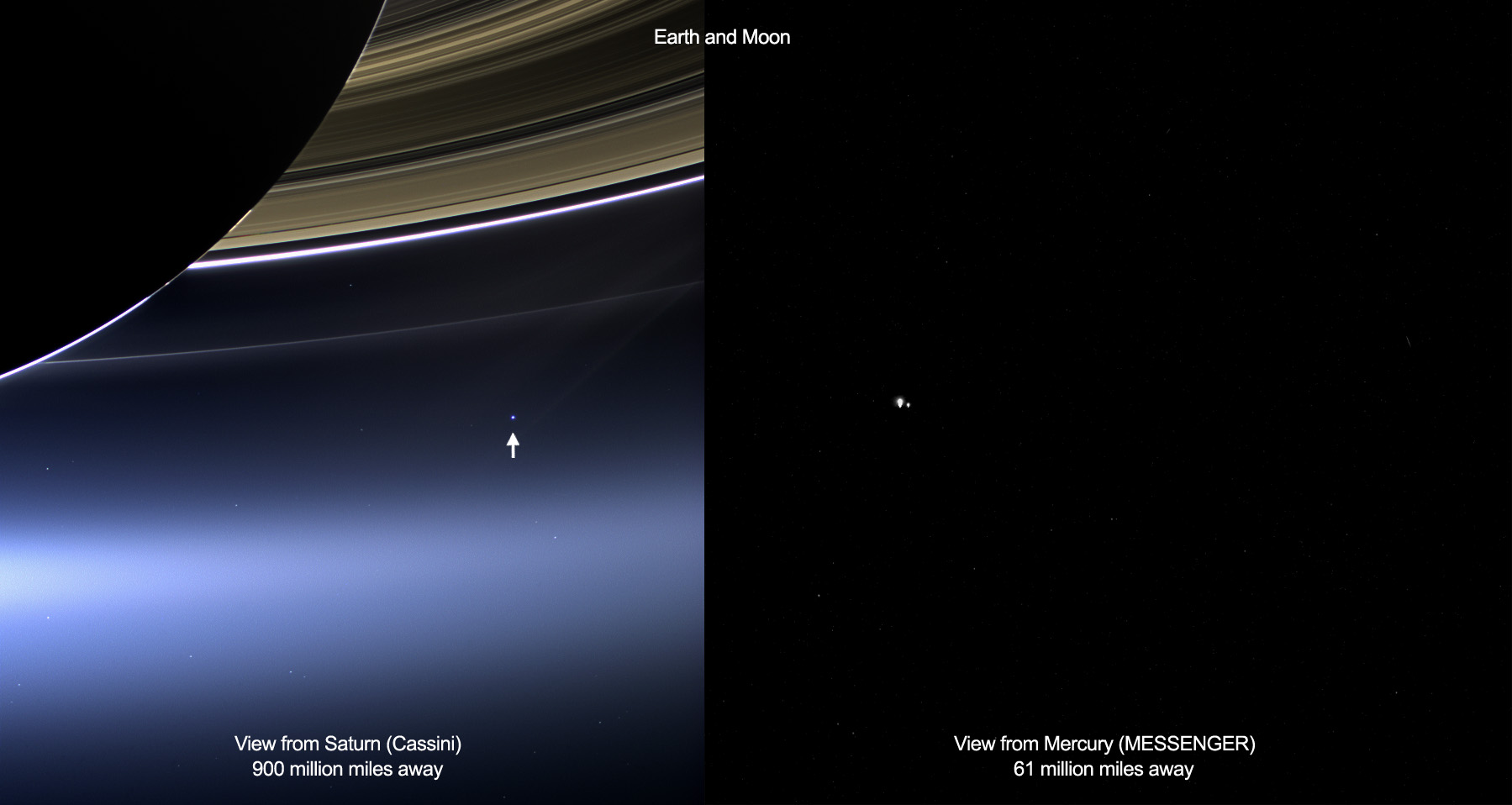 In an interplanetary first, on July 19, 2013 Earth became photographed on the identical day from two other worlds of the Solar Machine, innermost planet Mercury and ringed gas huge Saturn. Pictured on the left, Earth is the light blue dot factual below the rings of Saturn, as captured by the robotic Cassini spacecraft then orbiting the outermost gas huge. On that same day folk across planet Earth snapped many of their very have of their very have pictures of Saturn. On the true, the Earth-Moon machine is viewed against the dusky background of dwelling as captured by the robotic MESSENGER spacecraft, then in Mercury orbit. MESSENGER took its image as fraction of a peep limited natural satellites of Mercury, moons that can perhaps be anticipated to be pretty shadowy. In the MESSENGER image, the Earth (left) and Moon (real) are overexposed and shine brightly with mirrored sunlight. Destined to no longer return to their dwelling world, both Cassini and Messenger have since retired from their missions of Solar Machine exploration.